The bell rang.  The students milled toward and out the door with “Byes” and “Thank yous.”

One student lagged behind, chatting with his friend.  He is quiet and rarely has much to say, so I cleaned up and started to pack up for rehearsal.  I did not think he was hanging back to talk to me.

A few seconds later, I looked up, and he was standing alone at my table patiently waiting for my attention.  A smile crept across my face.

“Well, I have three things I could do…,” he went on to explain three ideas he had for his Genius Hour project.  Mind you, I did not understand most of what he was talking about because they all had to do with technology, coding, and computers.  I am most definitely ignorant in those areas.

However, that did not matter.  Usually, this student is silent, slow to begin work, and hesitant to write.  Today, he was animated and excited about his work.  This student was hooked by Genius Hour.

Other students want two pursue two passions.  They couldn’t decide on one topic and would be willing to work at home to do two.  Work at home at the end of the year?

I first saw this idea in Betsy Potash’s Spark Creativity newsletter, and I decided this was the year to give it a try.  Let’s end the year by spending time learning and doing something about our passions:  bearded dragons, lashing, collages, voice acting, musical instruments from around the world, origami, chess moves, coding, coping strategies, and many more.

I hit the jackpot on day one:  a student came out of his shell and others wanted to do extra.  Genius Hour rocks!

I read Kwame Alexander's The Crossover this summer for my school's summer reading program.  I loved his definition poems, which is w... 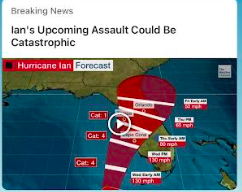